Ladybugs: A Friend of the Garden

Springtime brings warmth, sunshine, rain, and insects! As the weather starts to warm, many begin to plan and prepare their spring gardens. This spring set your garden up for success by learning about a beneficial insect that can help keep your crops safe from predatory bugs.

Ladybugs, or Coccinellidae, are small oval-shaped beetles with six legs. They are found on every continent except Antarctica and able to thrive in many different habitats, including grasslands, forests, cities, suburbs and along rivers. During spring and summer, when they are most active, these insects can be seen fluttering around or walking on the leaves of plants.

Ladybugs come in a variety of colors, however red, yellow and orange are the most common.
The color and pattern of the ladybug vary by species. These insects have a variety of markings
including spots, stripes and sometimes lack markings altogether. Their bright color is a defense mechanism to warn predators not to eat them. The ladybug has also been known to pretend to be dead to fool predators. 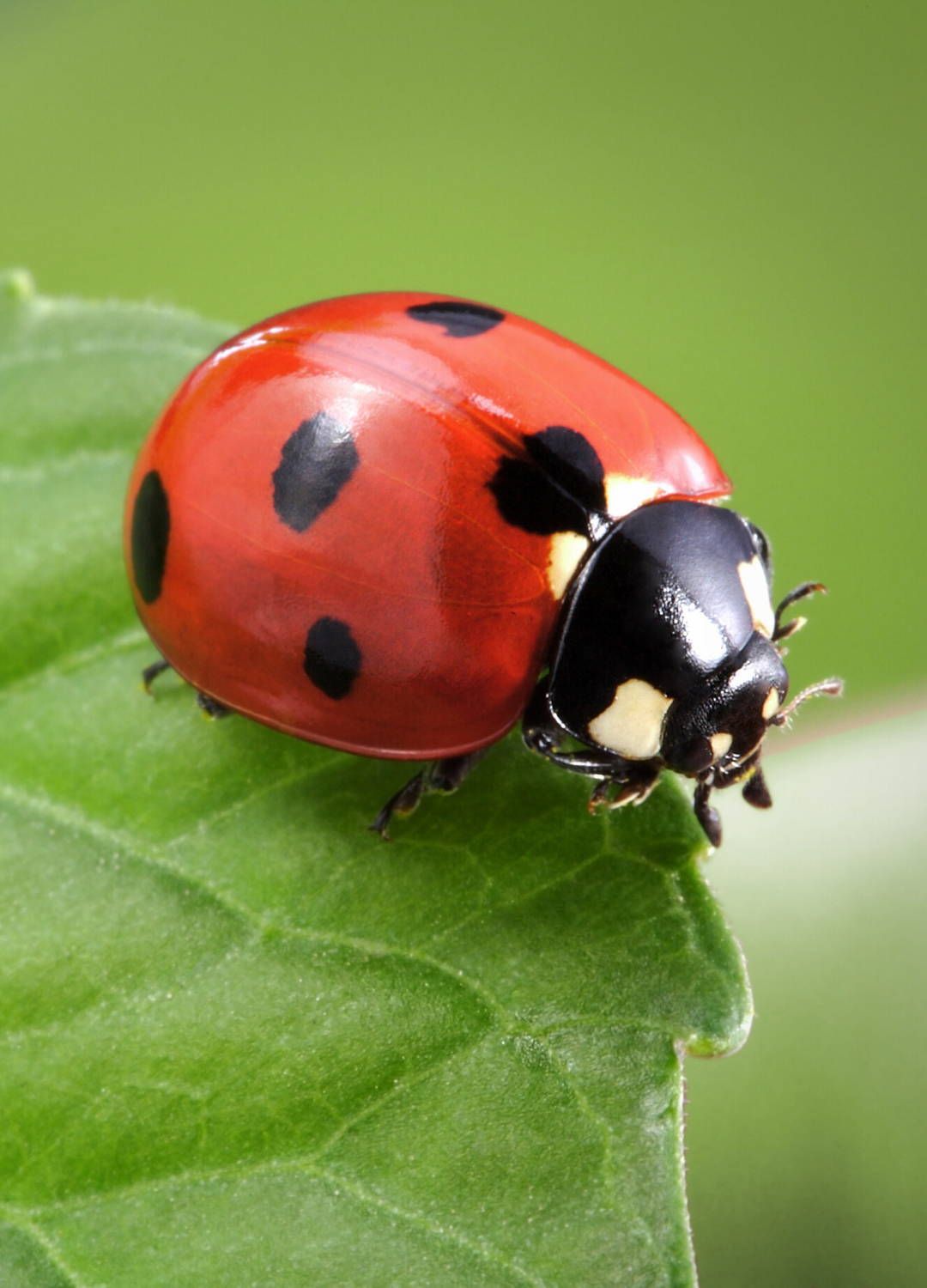 Ladybugs go through a complete metamorphosis similar to a butterfly. The mature female ladybug lays small, yellow, oval-shaped eggs on the underside of leaves. When larvae hatch, they begin to feed on small bugs called aphids. The larvae continue to grow and shed their skin many times before making a hard shell or pupa. In one to two weeks, the pupa becomes an adult ladybug and the cycle begins all over again.

Ladybugs are natural enemies of many insects, especially aphids and other sap feeders.

Ladybugs are natural enemies of many insects, especially aphids and other sap feeders. Aphids can turn leaves yellow and stunt shoots. Aphids can also produce large quantities of a sticky exudate known as honeydew, which often turns black with the growth of a sooty mold fungus. You can naturally fend off aphids by introducing ladybugs to your garden. Many gardening centers sell ladybugs that you can introduce into your garden. Also consider adding plants that can provide pollen and nectar for lady beetles. These are important components of the diets of some species.

Lady beetles can play an important role in managing some insect pests in crops and landscapes. Here are some things that you can do to maximize their impact: